“Together with my excellent staff, I want to help people experience improved quality of life by embracing health, beauty, form and function. But most importantly, balance in all things.”

Dr Toogood is the owner and founder of Somerset Surgery. He has a broad scope of surgical interests, in particular breast reconstructive surgery, aesthetic surgery and laser skin rejuvenation. He was awarded the Trubshaw Medal for the top result in South Africa for the Surgical Primary exam. On completion of his specialisation, he received a six-month fellowship with Prof Daniel Marchac – the world-renowned craniofacial and aesthetic surgeon in Paris, France. He has been in private practice since 2006. 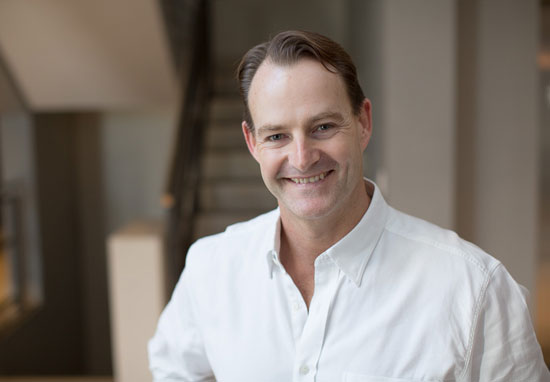 After completing his schooling in East London, Dr Toogood attended the University of Stellenbosch Medical School from 1990 to 1995. He received his MB. ChB. with distinctions in Physiology and Clinical Medicine. In 1996, he served his internship at Tygerberg Hospital. Thereafter he worked in a mining hospital on Gauteng’s West Rand for four years, gaining extensive experience in all forms of surgery and emergency medicine. During that time, he managed a diverse surgical unit. He received an ALS certification in trauma, cardiac and paediatric life support, and was actively involved in the mines’ emergency rescue services. In this environment, he discovered his love and aptitude for delicate surgery and reconstruction. In 1999, he wrote the National Primary Examination for Surgical Specialisation and received the Trubshaw Medal for the best performance in South Africa. He returned to Stellenbosch University and Tygerberg Hospital to specialise in plastic surgery.

Under the mentorship of Professor Bennie Zeeman – a world-renowned craniofacial and micro-surgeon – he gained extensive experience in this discipline. In 2005, he passed the F C Plast Surg National Examination. On the strength of his academic, clinical and surgical performance as a resident, he was chosen from hundreds of young plastic surgeons worldwide to receive the 2006 Marchac Fellowship – an opportunity to work with the legendary Professor Daniel Marchac in Paris, France. This was an invaluable addition to his experience in craniofacial, facial, cosmetic, reconstructive and breast surgery. Dr Toogood is registered with the Health Professions Council of South Africa and is a member of the Association of Plastic and Reconstructive Surgeons of South Africa (APRSSA), the International Society of Aesthetic Plastic Surgeons (ISAPS) and the French Society of Plastic Surgeons.

Outside of plastic surgery he has many other interests, although they are all aligned with the concepts of artistry, aesthetics, proportion and harmony. He has been an avid sportsman since childhood, competing on national level as a swimmer, surfer and surf lifesaver. During his late teens, he held a number of South African national swimming records and represented his province frequently. His  twenties saw a migration to competitive amateur bodybuilding for which he received provincial colours in 1989. His cultural and artistic side is dominated by the performing arts. He achieved regional success in oratory and debate, has played leading roles in many amateur dramatic productions and won the Best Male vocalist awards at both the East London and Grahamstown Eisteddfods. He still performs occasionally on request. He has been happily married to Sheldene since 1995. They have two daughters – Katherine and Christine.

After graduating from Stellenbosch University Medical School, Dr Human spent several years working in the British National Health system. During this time he honed his anaesthetic skills in some of the UK’s largest state hospitals.

He met Dr Toogood while they were both busy with their undergraduate training at Tygerberg Hospital. They went their separate ways, but a few years later they were both back at Tygerberg to specialise. They realised they shared a similar vision and work ethic. This culminated in the birth of Somerset Surgery. Dr Human is married to Olga and they have two daughters. He is a keen scuba diver and mountain biker. His participation in the gruelling Cape Epic cycle tour (2007 and 2011) is a testament to his endurance and commitment. 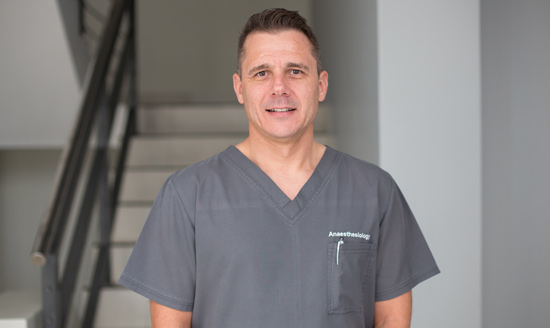 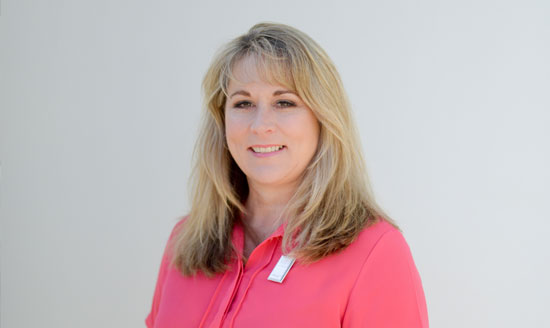 After working as a cardiac scrub sister at Vergelegen Mediclinic for eight years, Nicky was one of the first members of staff to join Dr Toogood’s practice in 2006. She adds tremendous value to the team with her excellent nursing skills, great attention to detail, highly professional management of Somerset Surgery’s theatres and her genuine interest in all aspects of surgery. She is assisted by ten clinical staff members.

Sheldene is a qualified skincare therapist and oral hygienist. She has also obtained a diploma in Medical Practice Management from UNISA. Using the experience and knowledge she has gained in these areas, she manages Dr Toogood’s clinical practice, as well as Somerset Surgery. She shares Dr Toogood’s vision and has helped establish Somerset Surgery as a centre of excellence for patients seeking an all-encompassing plastic surgical experience. She maintains a keen interest in all aspects of skincare and keeps up-to-date with developments in the anti-ageing industry. Sheldene has been to the World Congress of Anti-Ageing Medicine in Paris (2005) and Monaco (2013) and regularly attends plastic surgery conferences throughout the world with Dr Toogood. She attends these conferences to keep abreast of the latest developments in non-surgical and rejuvenating treatments, so she can implement them at MASC Laser Clinic. 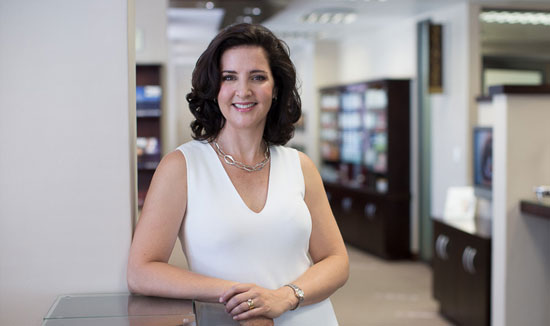 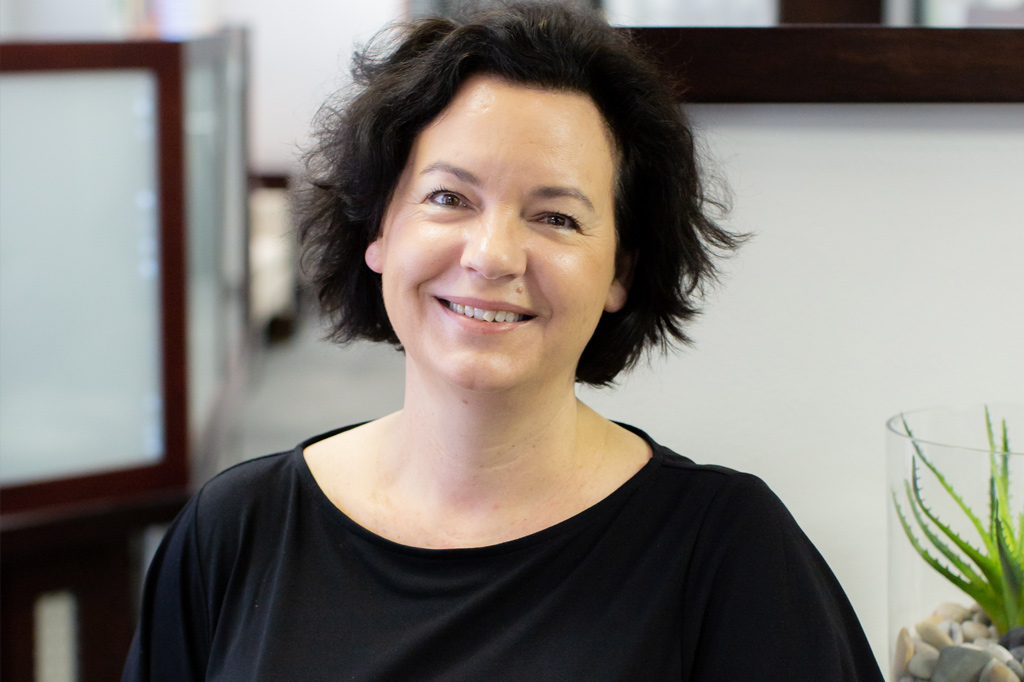 Caryn is a nursing sister qualified in general nursing science, community health, psychiatry and midwifery. Her credentials took her to a range of wards and emergency units, but the operating theatre is where she has spent most of her career – developing her passion for assisting surgeons in operating environments. Her career history to date has included working in theatre at Chelsea and Westminster Hospital in the UK, an experience that revealed to her that the level of expertise of South African surgeons was by no means lacking; but rather, exceeded that of their British counterparts. Later, keen to broaden her experience in patient care and develop a unique, holistic approach, Caryn completed the palliative care qualification and went on to work at hospice for several years. Now happily employed with Dr Toogood, she is pleased to be able to combine “the best of both worlds”: surgery and a caring, supportive environment.

Sally-Anne obtained her diploma in Somatology from Cape Technikon in 1999. She then worked as an advanced skincare therapist for Environ Skin Care Institute under the direction of Dr Des Fernandes. She also worked in Environ product training. Promoted to their research division, she managed the international enquiries department, whilst assisting Dr Fernandes and the product development team with skincare and ingredient research. In 2006, she was awarded ‘Employee of the Year’. Sally-Anne joined Somerset Surgery in 2009. She is currently involved in expanding the advanced skin therapy divison of the practice to help patients achieve optimal and long-lasting results. Sally-Anne also manages MASC Laser Clinic – a division of Somerset Surgery that was established in 2013. Together with her three fellow skincare therapsists she assists Dr Toogood with the pre- and post-surgical care of his patients to ensure best results. 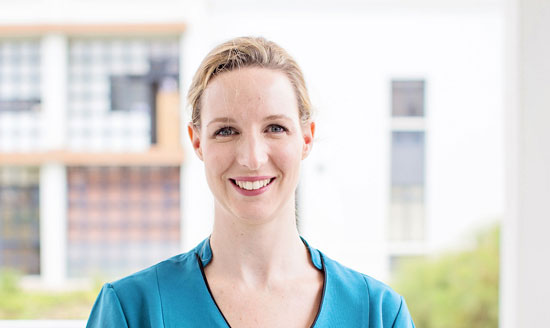 Since joining Dr Toogood in 2006, Barbara has become invaluable to the smooth operation of his practice. She has many years of experience as a medical receptionist and knows exactly how to handle patients’ needs with care, understanding and professionlism. Barbara is ably assisted by Marike LeGrange, medical admin professional and qualified skin care therapist 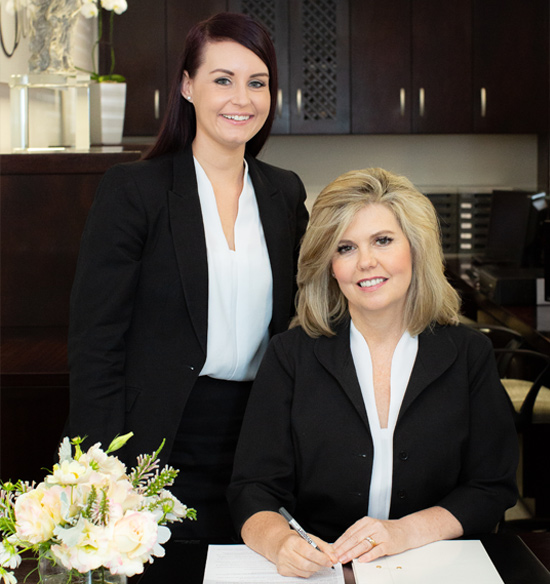 Madelein is qualified as both a nurse and skincare therapist. After completing her studies, she worked in the Cardiology Intensive Care Unit. As previous clinical co-ordinator to Dr Toogood, Madelein now manages the Somerset Recovery Retreat where our post surgical patients recover, while guiding and supporting them throughout their surgical journey. 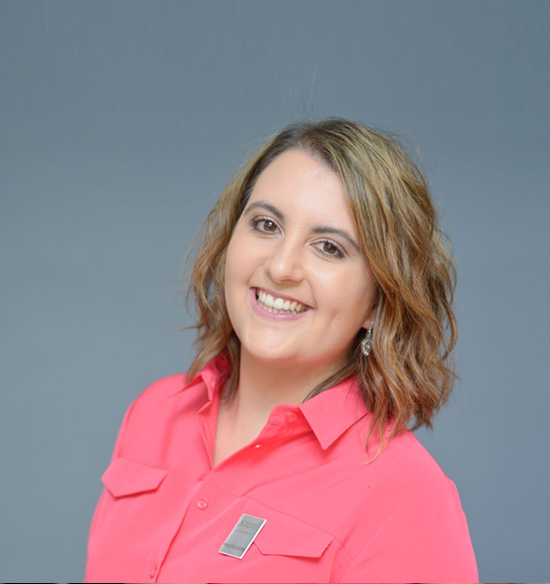